When we went to Seattle a couple months ago, we decided it would be a good idea to pop up to Vancouver - did you know it’s only a three hour drive from Seattle? It was so crazy to me that it was basically like driving from Raleigh to Charlotte, except we were in a different country!

Vancouver is one of Canada’s largest cities, surrounded by mountains with an outdoorsy feel, and even though it’s a bit smaller than a lot of American cities, it feels bustling!

We drove up on a Friday, and were so thrilled with our Airbnb choice - it was in a beautiful neighborhood filled with stately homes, and we were in a little laneway house.

That’s a phrase I had not heard before, but it’s basically a guest house on a back alley between properties.

The house was so cute - it was a modern little loft, and had all the amenities we needed. I honestly wish we could have spent more time there, David and I were both ready to move in!

The weather wasn’t looking too good for our short stay, so the first thing we did was head to Stanley Park.

It’s this really cool park on the water with lots of walking and biking trails, carriage rides, and restaurants. We rented bikes, and biked around the whole park.

It was so picturesque, and it was a bummer, because it started raining pretty hard halfway through, so we kind of rushed to finish. The highlight was definitely watching a cruise ship go under a bridge. Turns out David and I are both 3 year old children at heart, because that really entertained us.

After the park, we decided it was time for dinner, and put our name in at Ask for Luigi. It’s a small Italian restaurant with limited availability, and they don’t take reservations, so plan on a wait! We then proceeded to walk to about five bars in the rain, only to be told there was a 15-20 minute wait for drinks at every one! I don’t know if that was a fluke, or if they do things differently in Vancouver, but I was shook. If it had not been raining, the area would have been fun to explore, it was super cute and there were a ton of cool places to poke your head into just a 5 minute walk up the road from Ask for Luigi. 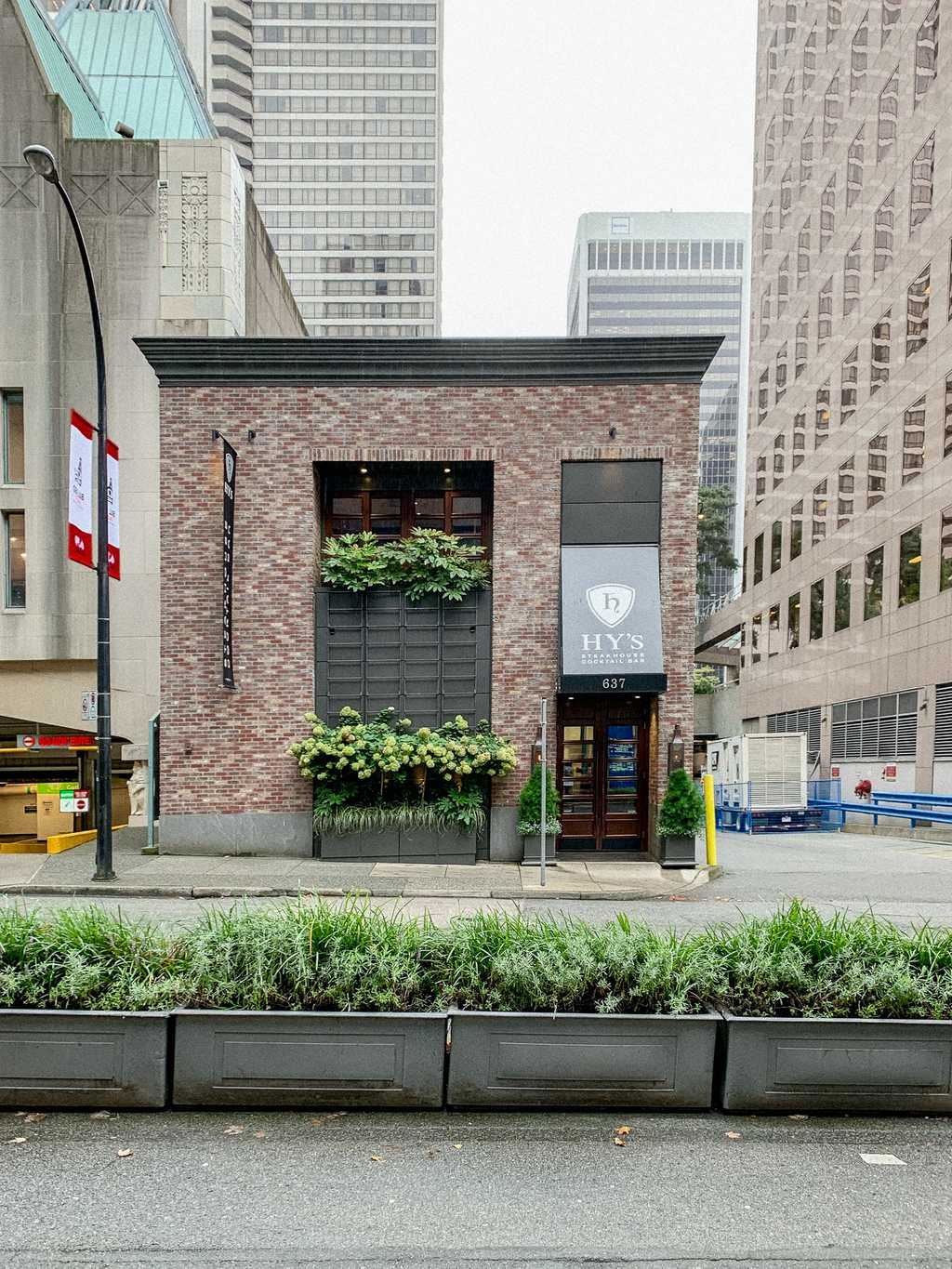 We ended up at a restaurant called the Birds and the Beets, which was hosting a pizza and wine pop up, and did not have a wait - perfect! It was a cool space - if we go back I’d love to try their lunch - I think they do juice and healthier breakfast and lunch options.

Ask for Luigi was definitely a highlight - the food was incredible, and truly worth the hour and a half wait! I loved the cozy vibe of the restaurant, and they offered liters and half liters of wine, just like Italy. We actually had a red from Montepulciano, which is where I spent my birthday last year! Drinking that wine was almost as good as going back.

The next day, we had breakfast at Nemesis, which was a coffee shop that had tasty coffee, delicious food, and a space you wanted to hang out in - perfect. 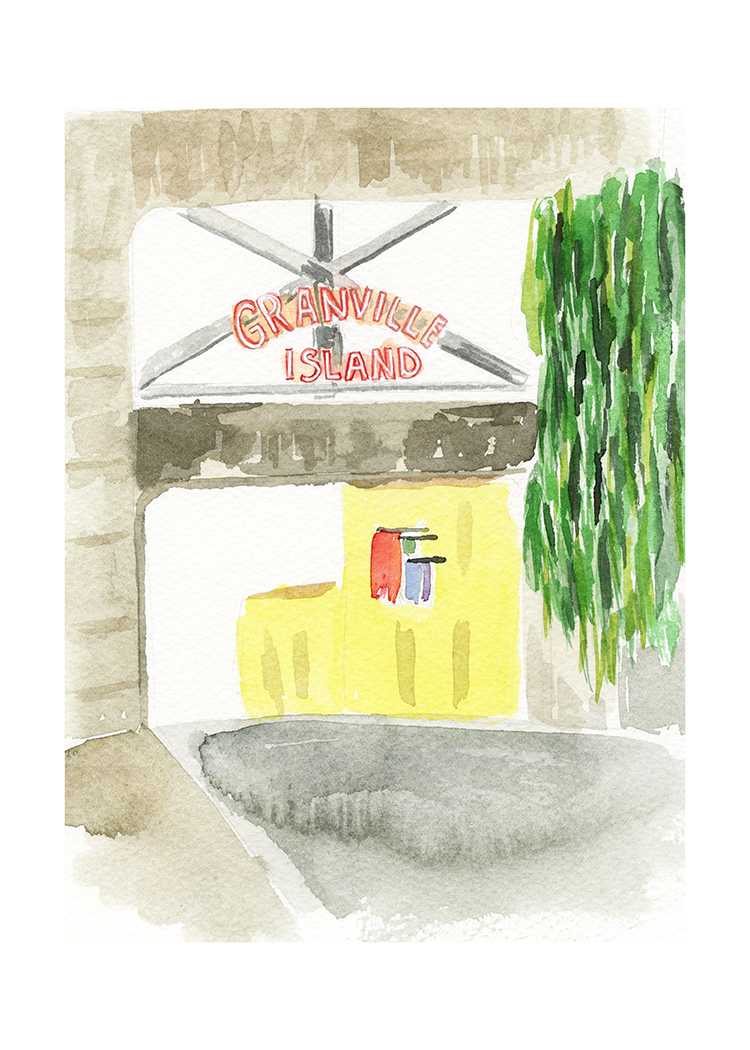 Then, we headed over to Granville Island and checked out the public market. Once again, it was raining, which really put a damper on things, but the public market is definitely worth a visit - it’s a fun food hall style place, and there were lots of outdoor spaces overlooking the harbor, and shops that it would have been fun to walk around to had it not been pouring. 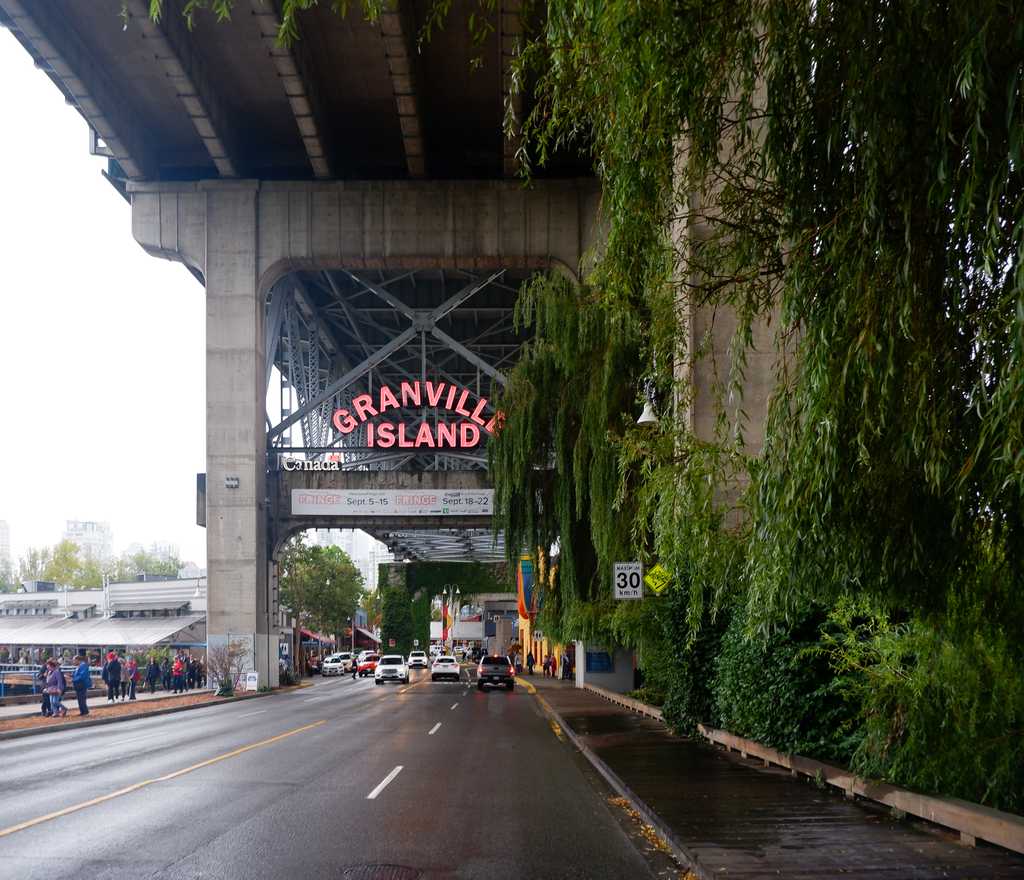 We sought out shelter at the Vancouver Fish Company. It was a nice, cozy space - perfect for a beer out of the rain, and the beer was tasty! The food was disappointing - I got a fish chowder that was mostly thickened broth (it only had two small pieces of fish in it), and was lacking flavor, but it was a nice spot for a drink. 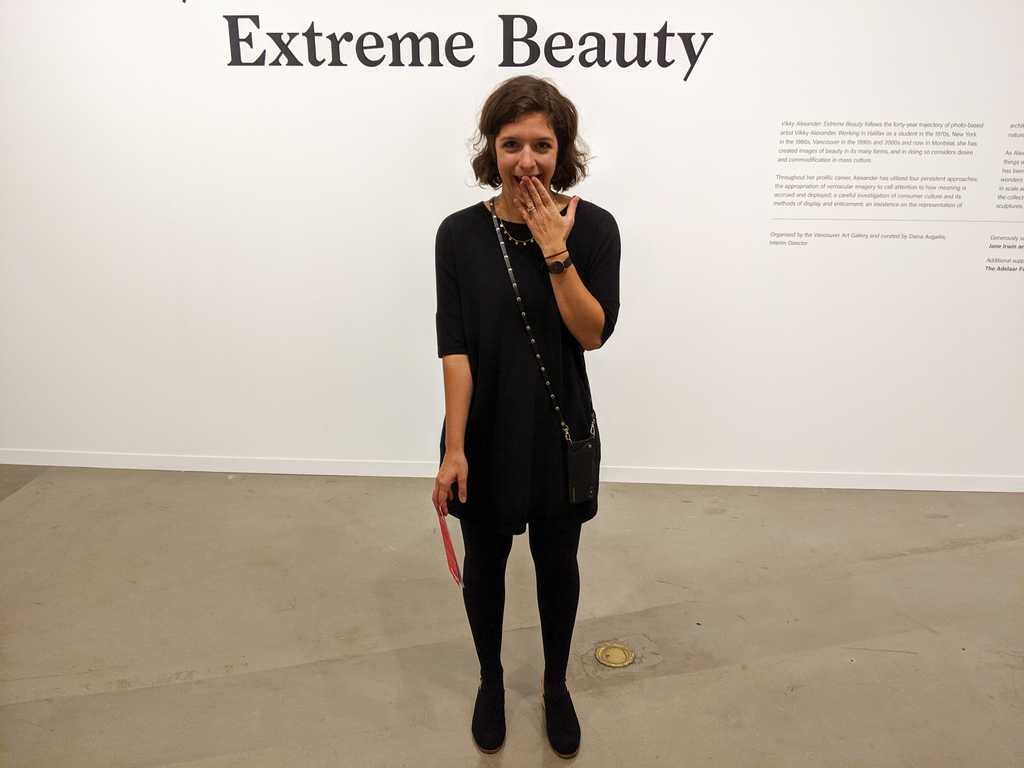 We went through the Vancouver Art Gallery in the afternoon. It's a smaller gallery with more contemporary artists, but a fun thing to do on a rainy day!

Afterward, we did a little shopping, and stopped into Per Se Social Corner for a drink. It was a cool space, and they had a corner window seat that was perfect for watching the rainy world go by. 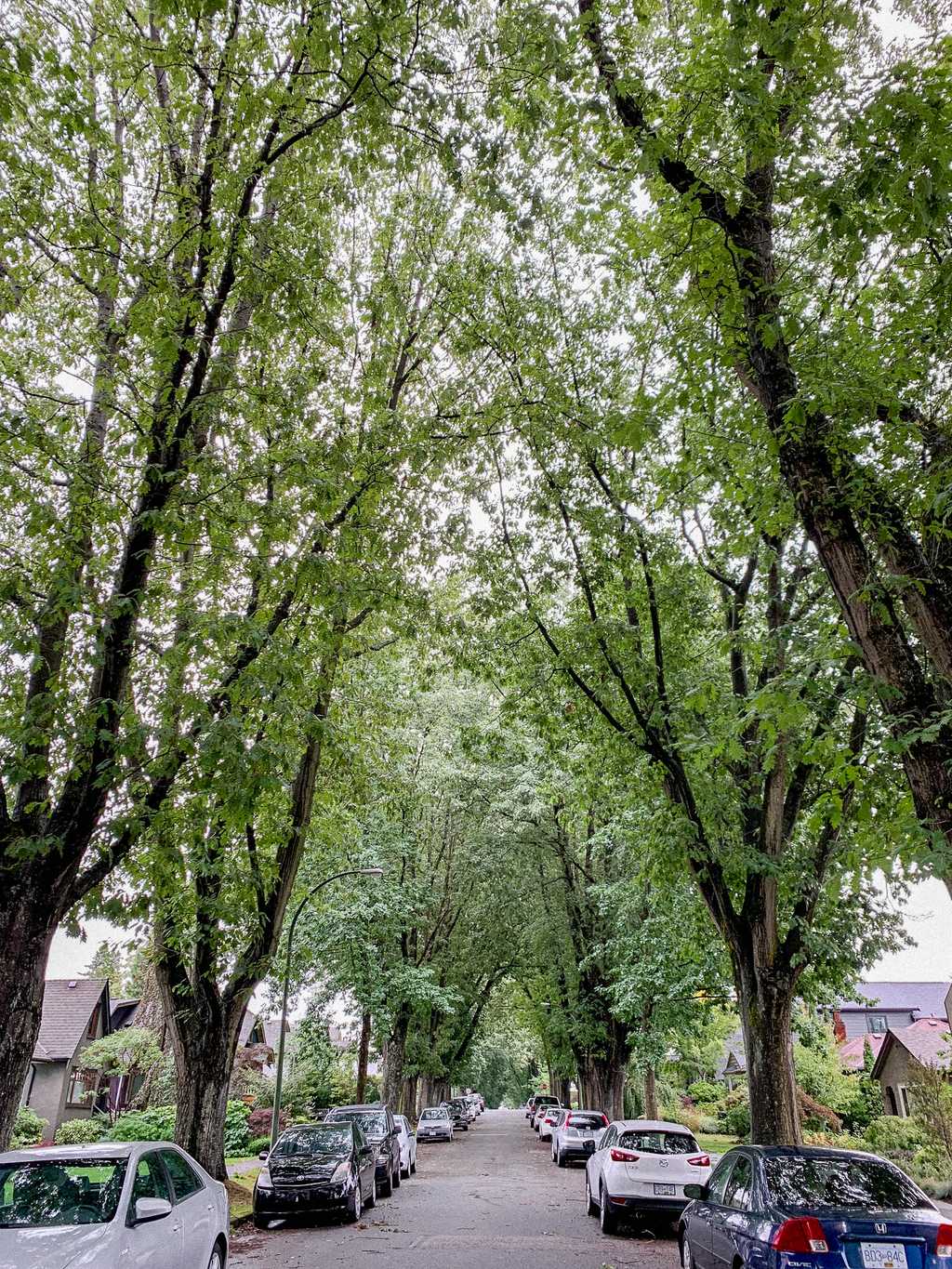 We were defeated by the rain at that point - my pants were soaked and David’s shoes were just permanently wet at this point, so we stayed ‘home’ in our cozy little Airbnb and ordered a pizza from Ragazzi Pizza Co - it was really tasty pizza, and they delivered, which was perfect!

The next morning we were heading back to Seattle, so we packed up and stopped at Beaucoup Bakery for a quick morning snack, and then went to Bloedel Conservatory. 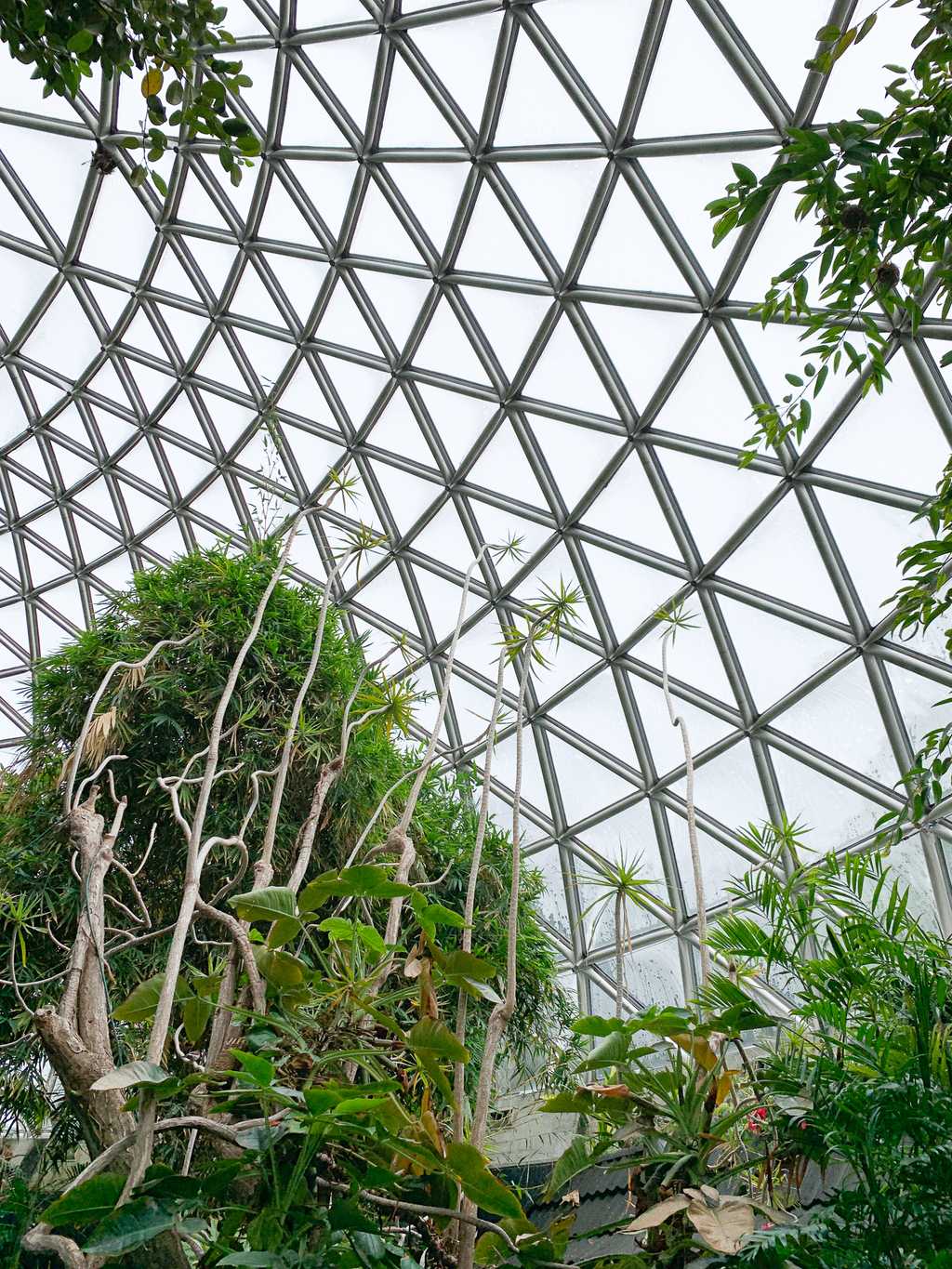 The conservatory was so cool - they have all these incredible plants, and it was inspiring to see how some of my houseplants would look if they were thriving, not surviving! They also had a ton of tropical birds who lived in the conservatory, and it was crazy to see them up close - it felt like you could touch some of them if you wanted to. 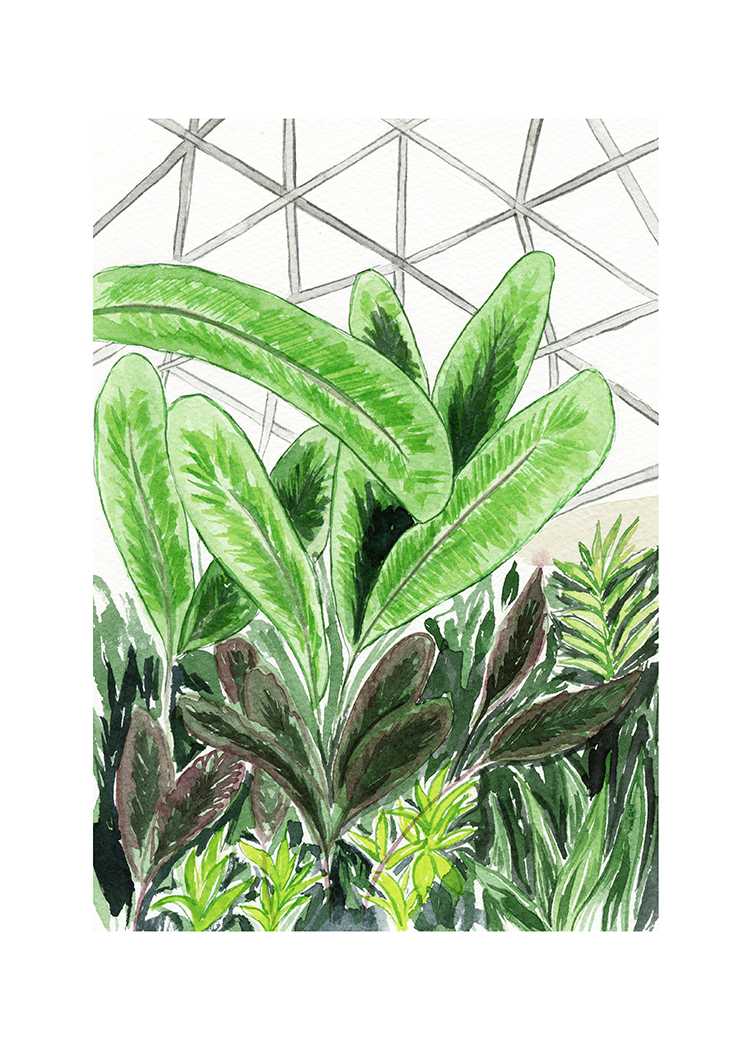 The gardens surrounding the conservatory were so beautiful as well. The rain had miraculously let up, so we had the opportunity to walk around a little bit, and it was definitely worth the visit - I loved seeing all the beautiful plants and textures together.

And then we headed back to the US! I’d love to go back to Vancouver someday - I was honestly really disappointed that it was so rainy and terrible when we were there. It looks like there are a ton of cool outdoor activities, and it seems much more convenient to walk than to drive, so it felt like really bad luck. But we liked what we saw, and hopefully will be able to revisit some day.