I had the best time in Rome. It was our first stop in Italy, and it felt magical to be there - we landed early in the morning, and since we couldn’t sleep, we wandered the city. Thinking back, it feels like a dream, and I can’t wait to go back.

We spent three nights in Rome when we arrived, and one night there before we flew home. I’m definitely no expert on Rome, but I thought I’d share what we did, what we loved, and what we’d do next time.

Our first leg we stayed in this Airbnb. We were traveling with friends (one other couple), and the accommodations were nice, although a little darker than I was expecting based on the photos. It’s located in Campo de Fiori, and overlooking a square with a market that sets up every day, and tears down every night. It’s a really good spot, and I enjoyed just people watching from our windows.

On the way home, we stayed at Minerva Relais. This hotel was really nice, although definitely small, just like everything in Europe! It was fairly close to the Airbnb we had stayed in previously, which was good because we were pretty tired at that point, and liked feeling like we knew our way around. We had to check in before four, and it felt very personalized, as we spoke with the lady at the front desk for a while, and she gave us tips about navigating the city. 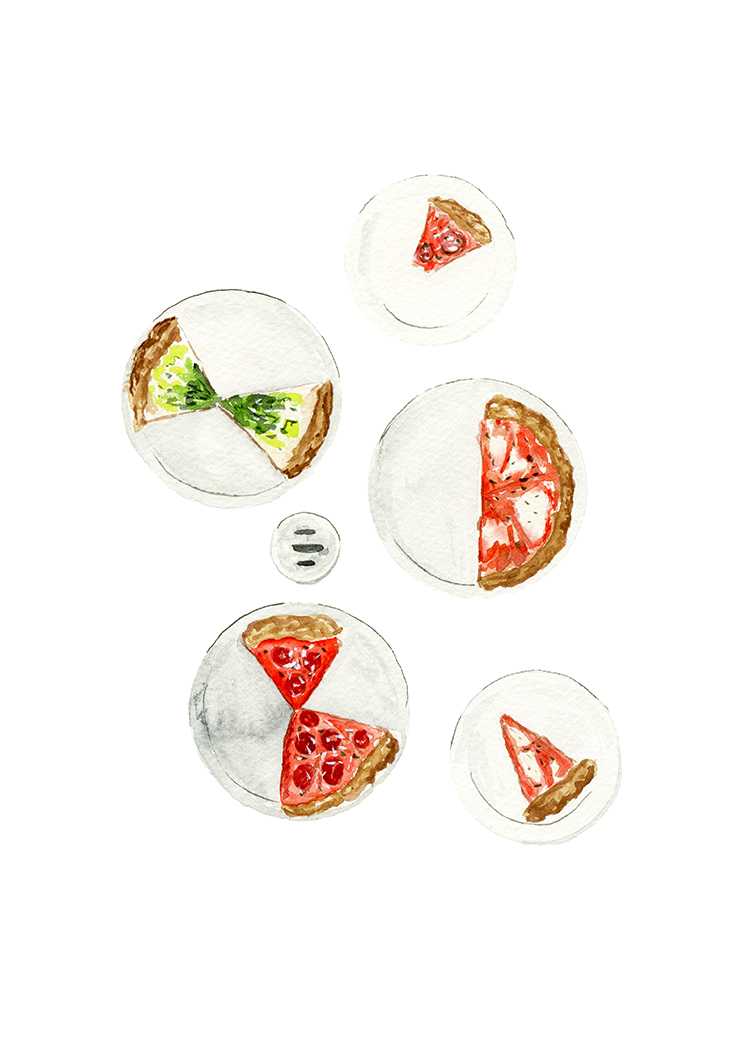 The food in Rome was excellent. It’s really hard to go wrong, and there are so many options that it’s kind of overwhelming. One hot tip I have is to post a picture of your area on Instagram, and everyone you ever know who has been to Rome will message you with advice on where to eat. This is how we found our favorite restaurant in Rome, Osteria De Fortunata. The pasta was incredible, there are ladies hand making it in the window, and everything we tried was delicious. We tried a lot of things, because we ultimately went there three times!

Other notable restaurants we visited included:

The food was all really good! We did learn that if a restaurant has someone standing outside trying to get you to come in, it’s probably a little more touristy/the food is not as amazing. The best restaurants are on the side streets of the squares, not in the main drag. 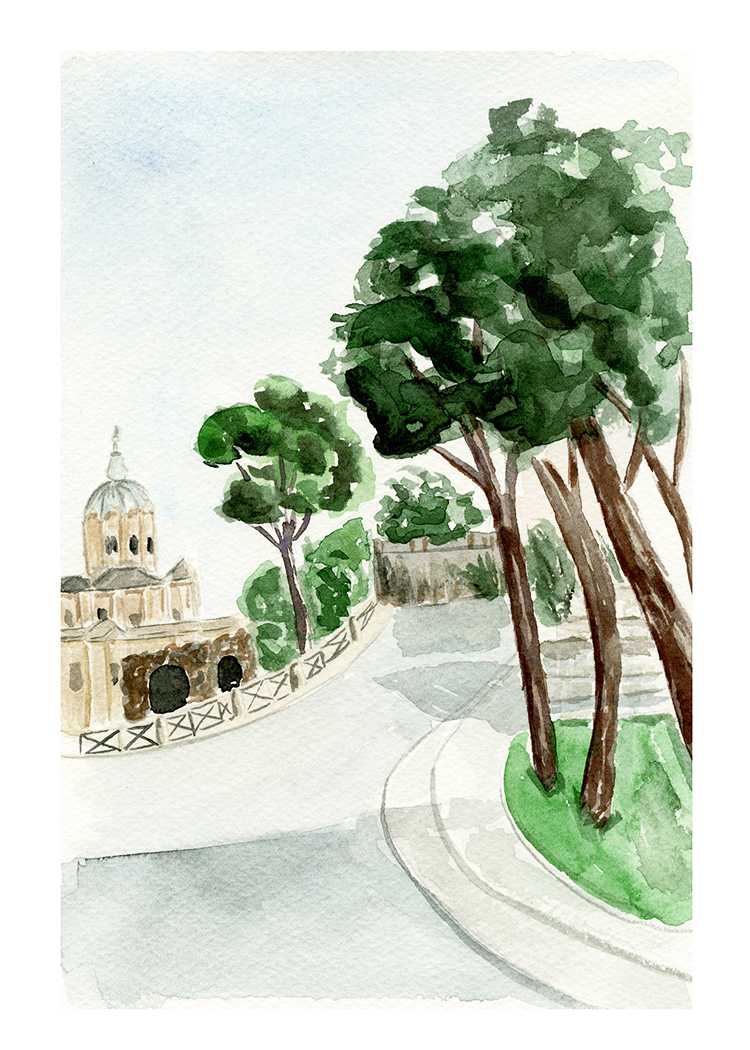 We also learned that if you order cocktails, you usually get a snack to go along with it (amazing), and when you’re getting wine, the house wine is inexpensive and always delicious. And finally, we learned that limoncello after dinner is pretty customary, and it’s a delightful way to end a meal.

Something else that surprised me about the food was how relatively inexpensive it was! It felt like we had really nice quality food everywhere we ate, and it wouldn’t be unusual for our bill to come to around 40 euro when we had appetizers, two entrées, and a liter or two of house wine. 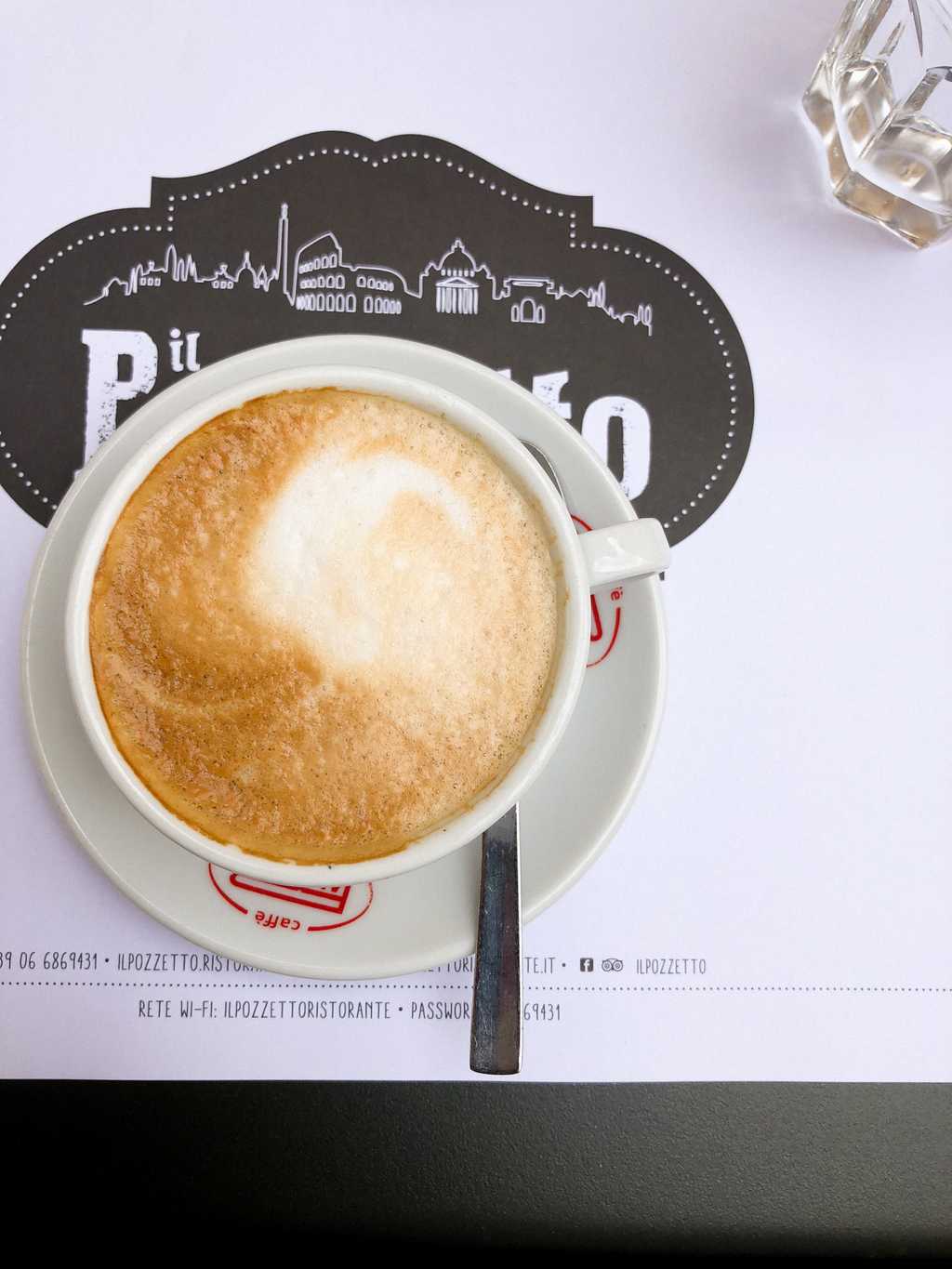 We drank a lot of coffee. It’s common to just swing by a coffee shop for a shot of espresso and drink it standing up, and I quickly learned that they don’t really do iced coffee here (once I accidentally ordered a coffee flavored milkshake, haha!)

Because Italy is magical, it felt like the caffeine in the coffee didn’t affect me as much - that also could have been because I was jetlagged, somewhat sleep deprived, and also totally excited about life the whole time I was there, but I essentially didn’t worry too much about decaf, and it was fine.

We only ate pastry for breakfast in Italy. It was great. Get on board, because it was hard to find non-pastry breakfast items.

Since we didn’t have a ton of time in Rome, we wanted to make the most of it! Our first day, we got in around 9 am, and we knew we couldn’t go to sleep until bedtime, so we stayed out pretty much all day.

We spent a ton of time walking around, and visited the Pantheon, Trevi Fountain, and toured the Coliseum, with plenty of coffee stops along the way.

These places are all incredible, but be prepared for them to be quite crowded. The Pantheon and Trevi Fountain are both free and open to the public so you can just walk right in, but we had to wait a little while to get into the Coliseum. There were ticket kiosks a ways out from the Coliseum that didn’t have lines, so we bought our tickets there, which definitely cut down on our wait time. 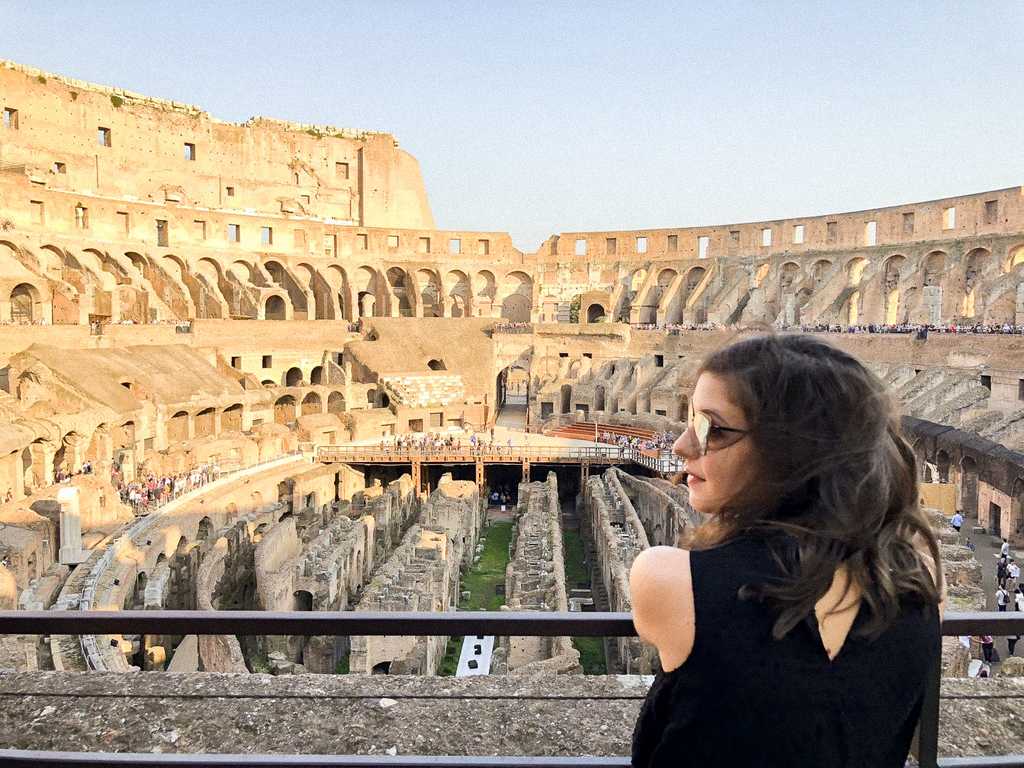 Our second day in Rome, we took a day trip to Pompeii! I was so excited to go, but it ended up being a little stressful, as we needed to navigate several train stations for the first time, and we were all worried about missing our trains. We stopped in Naples for lunch, and then had to take a more local subway/T style train into Pompeii. Right after you get off the train, there is a building where you can buy guided audio tours - don’t do it. There are official audio tours once you get inside the ruins, and the ones we purchased didn’t line up with a lot of the prompts, and didn’t have headphones, so we were not only blasting it to everyone around us, we also felt pretty dumb for buying four.

If we were to go again, I’d recommend planning on spending two days in Pompeii. It was much larger than I was anticipating, and there was so much ground to cover - we were there for five hours and I don’t even feel like we scratched the surface of what you could see. It’s also about three hours away from Rome by train, so it felt like a very big day when it was all said and done.

The Pompeii ruins were incredible and definitely worth the visit - it’s so amazing to see how well preserved everything is, and you can walk around the whole town, and see how people lived. We didn’t have a chance to visit the rest of Pompeii at all, because the train took us directly to the ruins!

Our last day in Rome, we went to the Vatican! We had booked an American breakfast, which was hilariously the worst meal we had in Rome, but the good thing about it was it got us past the lines waiting to get in, and almost felt like an express entry ticket.

After breakfast, we started walking through the art galleries, which are basically like one long hallway that you’re shuffled through until it dumps you out at the Sistine Chapel. The Sistine Chapel is at the very end, and it’s a pretty long walk to get there, which I didn’t realize - it kind of seems like it’s one of the first things you’ll do, but it’s the last. So make sure to enjoy the art you’re walking past, and take your time!

My favorite part of Vatican City is that it has its own post office! You can buy Vatican City stamps - how cool is that? We wrote a few postcards, and wandered around the main square, and then decided that was enough Vatican City for the day.

On our way back through Rome, going home, it was just me and David and we were pretty tired from all of our adventures! We didn’t get in until later in the afternoon, so we kept it pretty chill, and visited the Spanish Steps, which were honestly kind of underwhelming, and then just had a nice pizza snack, dinner at Osteria Fortunata one last time, and hit the hay. 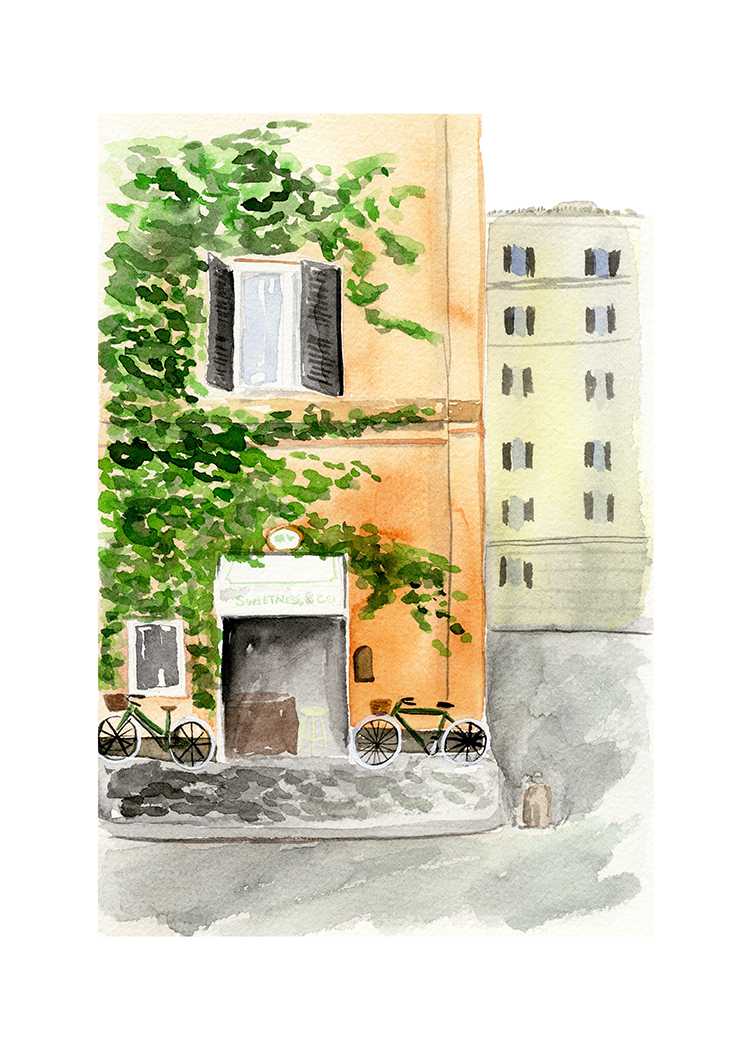 Rome is awesome. I loved the energy, I would never drive a car there (even taking an uber was...intense to say the least), I loved the food, and I can’t wait to go back. My advice would be to read Rick Steves’ Italy, book any sort of touristy things you want to do as far in advance as you can, and be open to wandering around and exploring - it felt like there was magic around every corner.